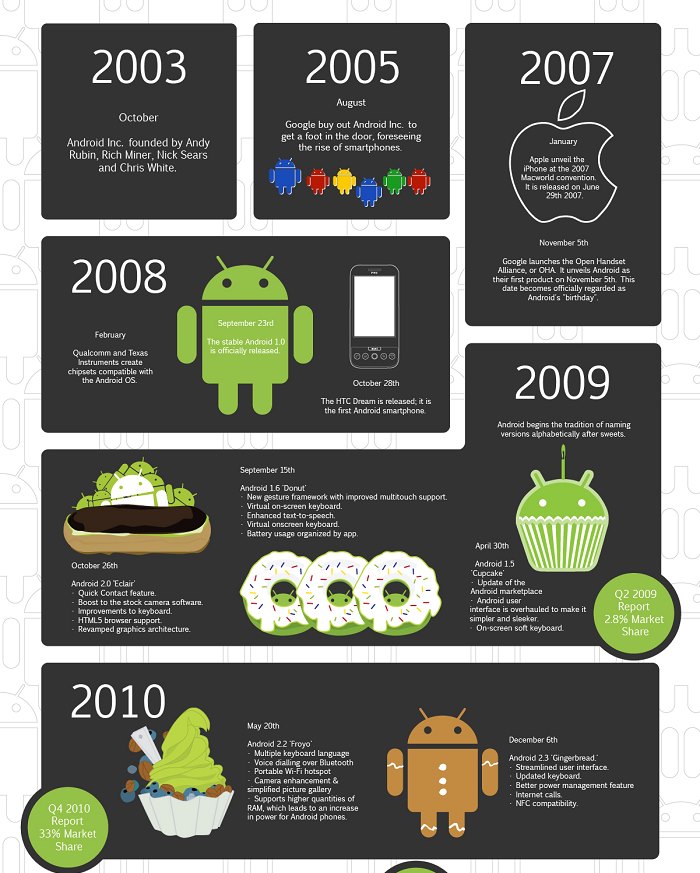 2009 was an important year for Android and every version was named alphabetically after sweets. We are now at version 5.0 – Lollipop. 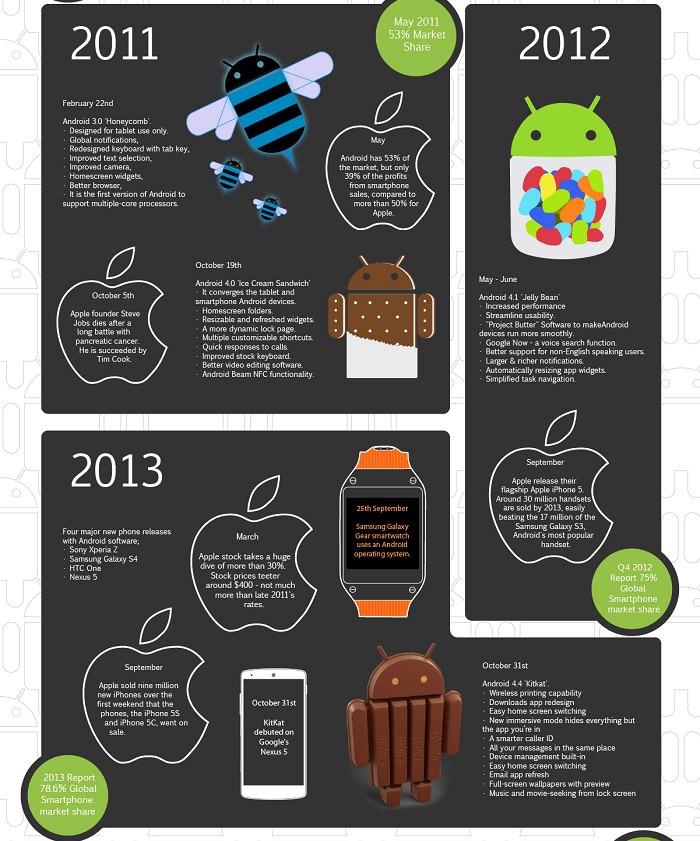 2013 was the year of Android, and it also marked the year when Android smart-watches entered the market. In the same year, Android had 78.6% smartphone market share. 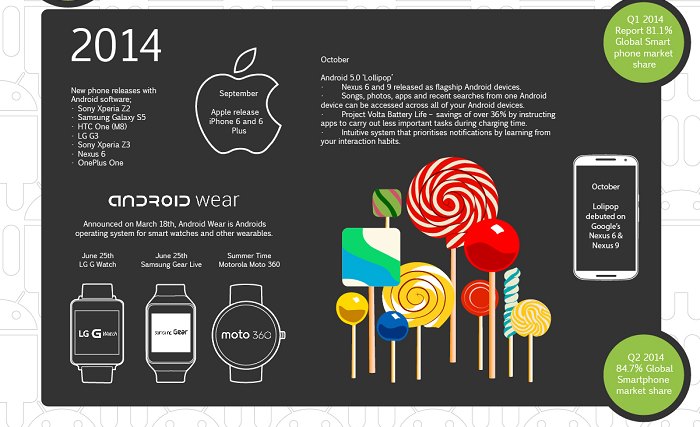 Here’s a list with the most important android devices of the last 4 years. Which one do you own? 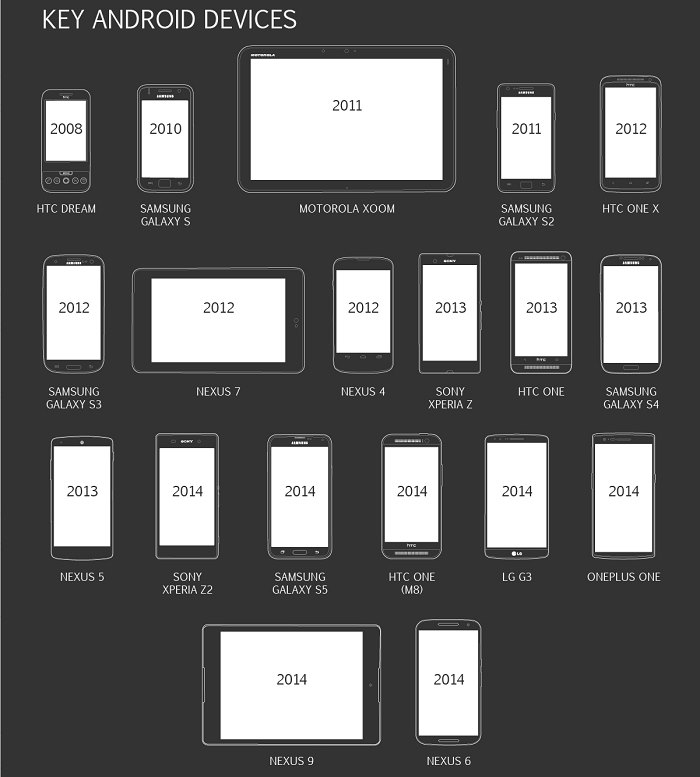