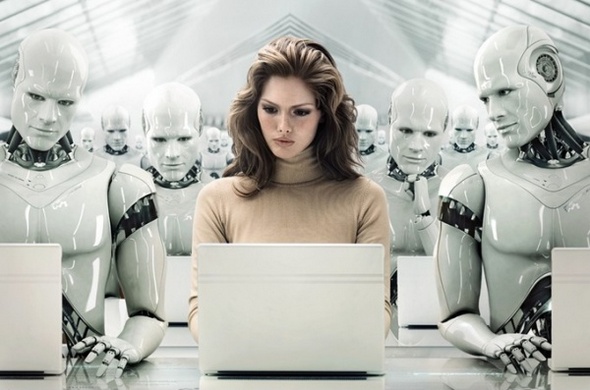 This is the beginning of Matrix! Now, I’m kidding of course, but I can see a parallel to that movie here. Year 2013 could be the year that robots could become a recognized force. The automation market will probably increase up to four times by 2020, up to 400 billion dollars. Everything started in the 50s, when science fiction movies focused on robots and futuristic utopias. People instantly became aware of these new machines, the robots, but instead of fearing these machines, people started to invest in them. James Ross is a portfolio manager at Alliance Bernstein, an investment management company, and he believes that the industry reached a critical mass, being prepared for further development given current advances in technology.

James Ross says he anticipates a rapid change in automation market in the next few years. It is about 100 billion dollars now and it is expected to increase four times by 2020. The analyst says that it could reach equality with e-commerce pretty soon. Among the interesting companies to invest in automation shares, Proto Labs and Stratasys are specialized in creating three-dimensional solid objects obtained from digital models. Ross indicates that this kind technology has a huge potential, because it changes the traditional ways of manufacturing.

Other technologies that are in development are those for cars without drivers and robots for household cleaning. Google is already investing in this technology, and car manufacturers are also eager to implement this. Another good investment could be in FANUC shares, the world’s largest manufacturer of industrial robots, which produces Intuitive Surgical robots used in Chinese industry.

Alliance Bernstein anticipates that “automation revolution” will be a two-stages process. Everything begins with manufacturing, which will affect the global market growth rate from 6.5% of current automation to over 20% by 2015. In the second stage, by 2020, automation will expand into the services area. Of course, the upcoming automation revolution can be achieved if there is demand for it, and this can be encouraged by providers. The best scenario for this to work, is a combination of technological revolution, emergence of new products and fiscal policies changes.