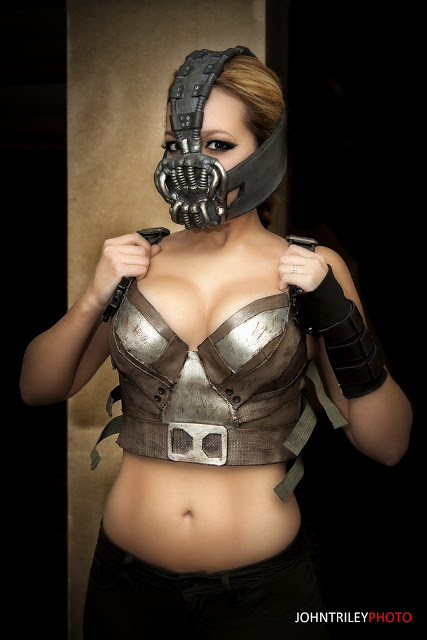 The Dark Knight trilogy directed by Christopher Nolan has had a large impact on movie industry and movie fans all over the world. His unique approach to the characters and story concluded in a realistic depiction of Batman and his enemies. Although for many Batman fans, the Joker is the ultimate villain in the series, my favorite is Bane. Somehow, Bane’s brute force and his way of handling things was more appealing to me.

And there are many people out there that have the same opinion as me. This lady is called Nicole Marie Jean and she has a real passion for costumes. The cosplay costume she wears in these pics was designed and hand-made by her for a Cosplay event. I love the fact that everything is adapted to a woman, especially the Bane’s mask. Let’s not forget that Bane is not the only villain in The Dark Knight Rises. If you have seen the movie, you know what I am talking about. If not, I will not spoil this one for you. 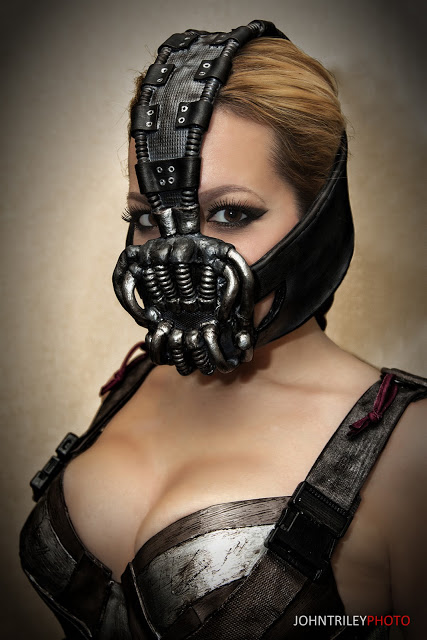 If the female version of Bane would be a real villain in a movie, she will probably add a new twist to the story and make things even more interesting. I love the way she-Bane and Batman stand together side by side in the following image. 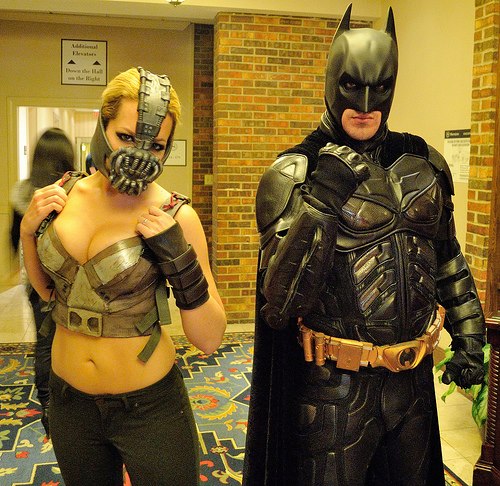 She-Bane vs Batman. Who will won this fight? I have to go with Marie Jean on this one, just because I like her female Bane costume and mask. 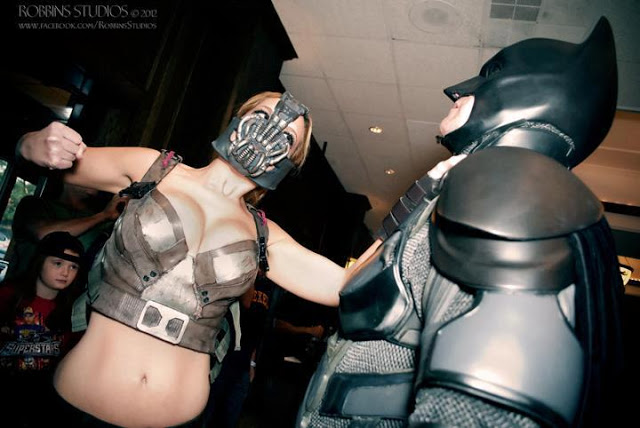 If you want to see other costumes designed by Marie Jean, check the link at the end of this post. 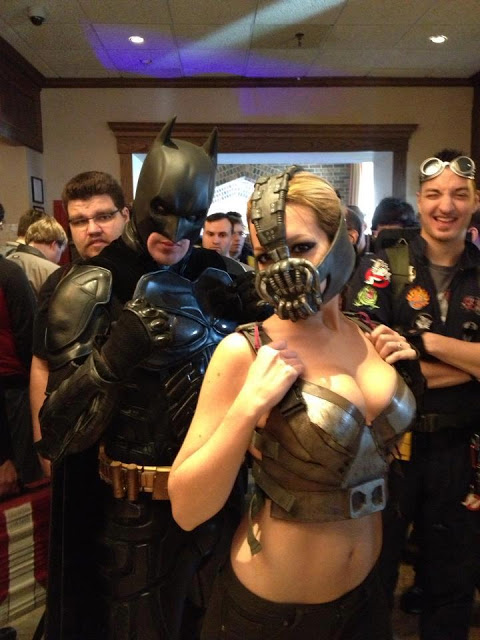 Do you plan to build your own Bane mask? In the following video you can learn how you can actually do that on a tight budget: