Before getting into further details, I want to let you know that this is not a conventional comparison between these devices based on features. It’s rather an article that contains few aspects on both TV boxes that I wish I had known before buying these TV boxes. I own both devices and I can say that they are different in so many ways. Both have pros and cons, and we will dive in these details further in the comparison. 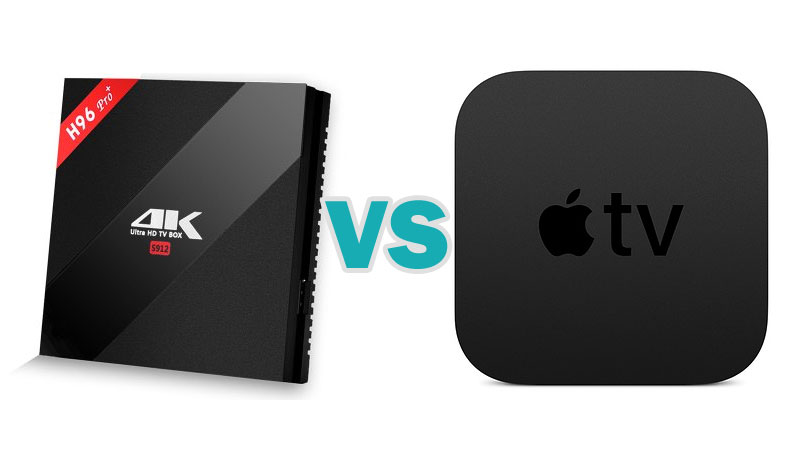 Compared with other Android TVs out there, the H96 Pro+ came in a pretty neat box. I can’t say that it was something fancy, but I will admit that I’ve seen worse from similar Android boxes. Much worse. On the other hand, Apple was not disappointing with their packaging. The experience of unboxing the Apple TV was amazing, and I will say the same thing about the the overall design of the TV Box. Apple TV looks way better near my TV compared to the H96. The latter feels a bit cheap and poorly made. I can say the same thing about the remotes… 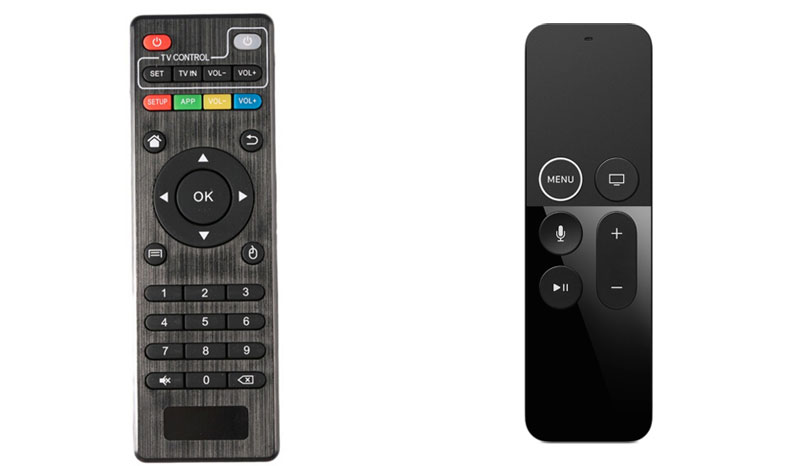 Well, just look at the image above. Although it features more buttons, the H96 Pro Plus remote has nothing spectacular. I loved the fact that you can configure few buttons so you an control the TV. Also, there is a mouse button that allows you to control the on-screen mouse using the arrow buttons on the remote and… that’s it. Nothing fancy.

Apple’s remote is on another level. Besides the classy design, the touch, it is simple and easy to use. Also, there is a microphone included that you can use to access various Siri commands and Search functions in apps. You can search for movies with specific actors, ask for weather prognosis, use Siri with HomeKit, check scores, check stocks. 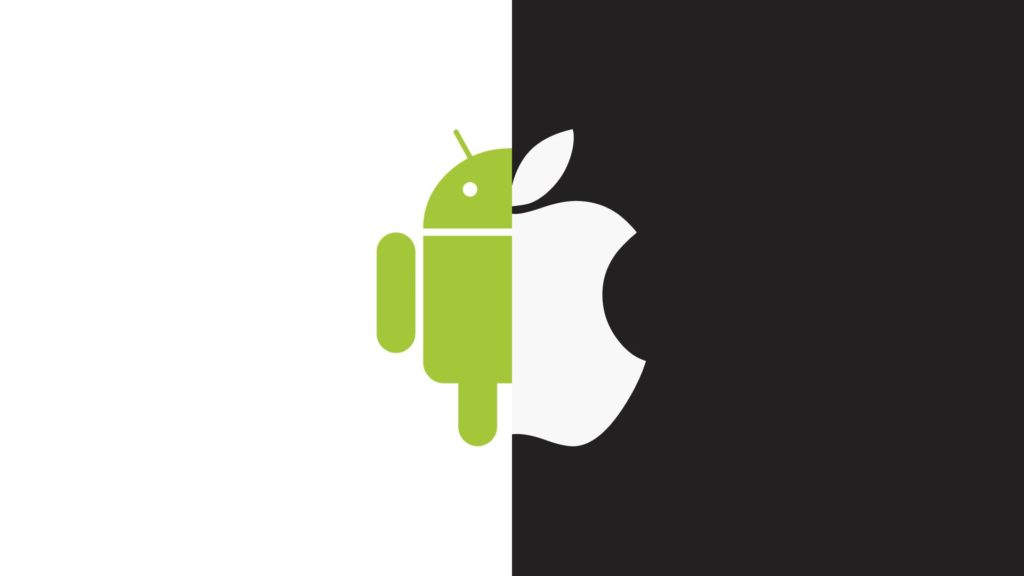 You know the classic Android vs iOS comparison? Well, now we are comparing the Android with Apple’s tvOS 12. As you know, Apple is a closed system and you will not be able to install third party apps. Of course, you can sideload apps using a MacBook, but the whole process is complicated and the app will expire in one week. The tvOS app store is simple and I was not able to find something interesting there.

On the other hand, H96 runs Android 7.1.1. It can run most apps found in Play Store and there are plenty 3rd party apps that you can use in order to enhance your TV experience. H96 wins this one, hands down. 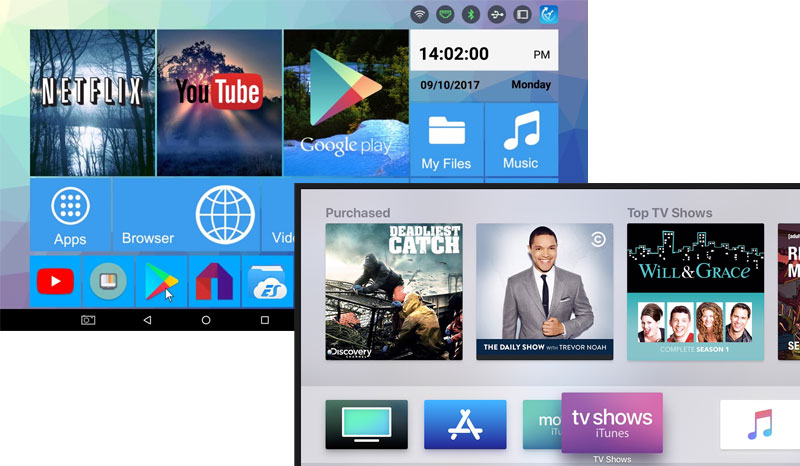 I can’t seem to figure what they were trying to accomplish with H96 Pro Plus dashboard. Those colors and the overall design is just awful. Of course, since we are running Android we can install other Launchers. I found one here that was really nice. Although Apple’s dashboard is glossy and clean, I can’t say that I’m too found of it either. But it’s way better than the one on H96.

There were times when I had to restart the H96, mainly because it was unresponsive. I was surprised to see that Apple TV also stuttered few times, and I had to restart it once because I got a black screen. But the comparison is not fair, since I was running 10+ apps on H96 and only 3-4 apps on Apple TV. Overall, both devices are powerful and they run great for TV Boxes.

I was able to get 4K resolution for both of them, but there are some ups and downs. Apple TV supports Netflix 4K HDR and Youtube in 1080p. Yeah, there is no 4K for Youtube. H96 Pro Plus was able to run Youtube in 4K with Smart TV Youtube app, but it had few hiccups. I was frustrated to learn that Netflix was working in SD. I did manage to get 480p using an older version of the APK.

Also, the Wifi performance seems better with Apple, but H96 is not bad at all. Both devices feature a LAN port.

For me, this is the most important part of the H96 Pro+ vs Apple TV 4K HDR comparison. There’s not much to talk about here, right? H96 wins hands down. I am continuously frustrated that I can’t do many things with my Apple TV, especially since I love that cool remote. If you own an iPhone and you love to stream things from your smartphone you will be OK, but if you dream for bigger things, you should get the H96. You can’t install Kodi on Apple TV 4K HDR. Also, there is no USB port on Apple TV. The only way to access it is wirelessly, using a MacBook. And that says it all…

After using both devices for a month, I will say that Apple TV 4K is not suited for my needs. Of course, the 4K experience is flawlessly if you like to use only the apps available in Apple Store. But we love to free our devices from constrains and we love to install all the apps in the world and Apple is missing the point here. Until I will be able to install a 3rd party app without hassle and until Apple will get more apps in the tvOS store, I will not be endorsing the Apple TV 4K. Sorry, Apple…

H96 Pro Plus is far from perfect. I had my share of frustration with it, but I will say that, overall, it suits my current needs better. I was able to use my non-US cable provider app to watch TV, to install productivity apps like Whatsapp, Skype, Dropbox, Mega and WPS Office. I was even able to use it as a part of my home recording studio, but that’s another article for another day. Also, I was able to stream images and photos using my smartphone. For now, the H96 Pro+ is my daily driver.

What’s your take on this comparison? Which one do you like more?