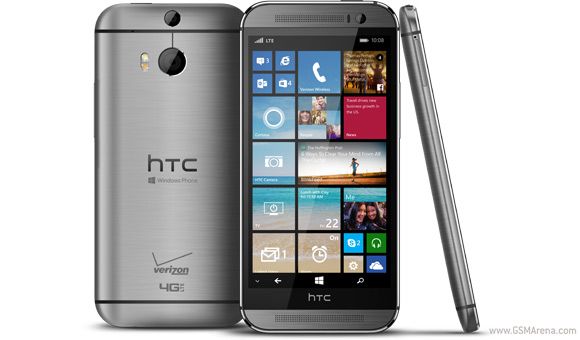 HTC ONE (M8) is amongst the best smartphones of 2014, no question about it. Now, HTC decided to release a new version of M8 that runs Windows Phone OS. This means that the rumors were true: HTC One (M8) now runs Windows Phone 8.1. The smartphone will be sold only to American operator Verizon mobile.

Looking at the specifications, we see that this smartphone is the same model as the Android version: it has the aluminum body, a 5-inch screen with 1080p resolution and large speakers with BoomSound technology. HTC One (M8) for Windows, as it has been called, features a 801 Snapdragon chip, so it is the fastest Windows Phone made ​​so far (and probably the best). There are also 2 GB of RAM on board and 32 GB of space, plus a microSD card slot for extended memory.

As expected, HTC One M8 Windows has the same 4MP UltraPixel Duo camera, as well as a secondary camera of 5MP.