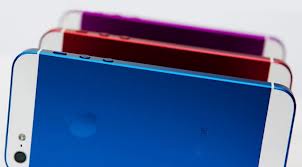 Since everyone agreed that the next iPhone will be released in the summer of 2013, every blog is trying to pinpoint the exact date of iPhone 5S release. Apple’s most awaited event of 2013 is expected to be scheduled for June 29, according Inquisitr.com, citing company sources. The event is named “Original Passion, New Ideas” and it will be held at Apple headquarters in Cupertino. With this event, Apple marks 6 years since the launch of the first iPhone, and it’s only natural to celebrate in a proper way, giving fans a glimpse of the next generation Apple gadgets: iPhone 5S and iPad 5.

Although iPhone 5s release event is highly expected by everyone, it will be different than the launch event of Samsung Galaxy S4. If the Samsung’s new gadget release event was created like a spectacle of extravagance, folks at Apple will probably try to tackle a show of simplicity, like they always did. Until then, you should check iPhone 5S: a review from the future.