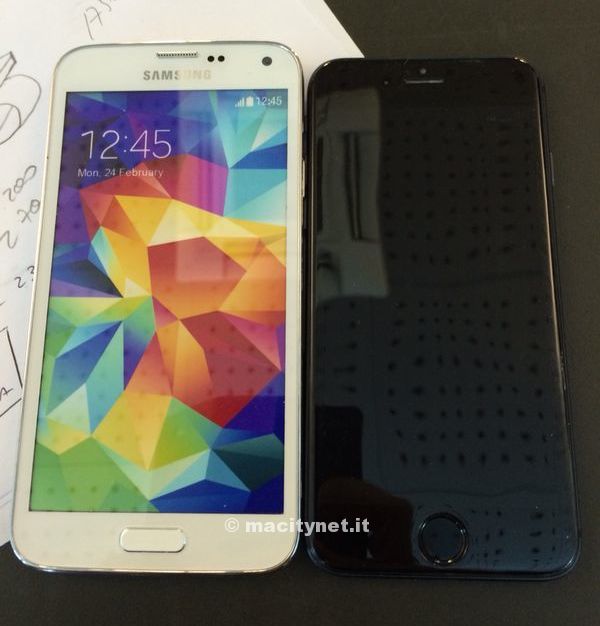 I know, at the moment I write this article we are still months away from the official release of the iPhone 6. But this has not stop gadget websites to offer rumors and speculations regarding the possible specs of Apple future device. Starting with its camera, its processor and ending with health features, iPhone 6 seems to be a device that will redefine the new generation of high-end smartphone. But above all these specs, the most interesting change is made in its size. A website from Italy just published some photos in which an alleged prototype of the smartphone iPhone 6 is compared with the Samsung Galaxy S5.

Judging by these images we can conclude that the iPhone 6 mockup looks smaller and thinner than the latest smartphone from Samsung.  According to most rumors that flooded the Internet recently, we can expect the new Apple flagship smartphone to have a thickness of 6 mm and a screen diagonal of 4.7 inches (at least).

According to other sources cited by Reuters, Apple suppliers will begin mass production of displays for the iPhone 6 in May 2014 and the new smartphone will probably be released in the fall of this year (September).

The new Apple phone may be equipped with so-called in-cell technology that enables the construction of thinner screens. We may also expect a larger version of iPhone 6 with a 5.5-inch display.