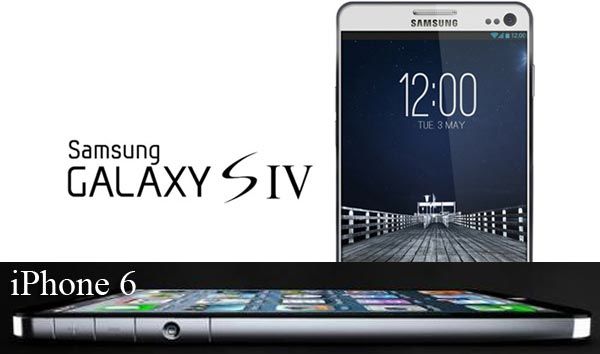 Once upon a time, there was an innovative company that changed every rule in the game when they released an outstanding and revolutionary device: the iPhone. Of course, I’m talking about Apple and about their huge success in the smartphone market. For a long period of time, there were smartphones and there was the iPhone. First, it was just cool to have an iPhone. Then, just like a drug, the desire became a need, and you just had to have the next iPhone model (although it was not too different from its predecessor). Apple fans created a cult for Apple’s devices, praising them at every possible level. They loved the idea that Apple has only one type of iPhone, and they are releasing only one model per year. But, as you know, things change… In the meantime, a new star rose in the smartphone manufacturers’ game: Samsung, from Korea. They adopted the exact opposite strategy, releasing as many phone models as they could. They had cheap phones, large smartphones, small smartphones, affordable phones. The breakthrough was the last year’s Samsung Galaxy S3, which helped the company to get the first place in terms of smartphone sales, giving Apple the second place’s shivers.  So, what’s next? At this time, Apple really needs to put a hell of a magic trick to get back in the race. Here are possible features of the upcoming iPhone 6 that might just kick them back to the leading position.

When the first iPhone was released, everyone loved the fact that iPhone had only one button on the main side. It was a simple but ingenious idea, and everyone embraced it. But now, users are embracing the idea of having a smartphone without any front-side button, so Apple could implement it in iPhone 6’s design. This will allow a bigger screen on an iPhone that has the same size as iPhone 4. Don’t get confused, we still need a main button to operate the smartphone. If it’s not on the front side, it gen be placed on the right side of the smartphone. Pretty cool, right?

iPhone 6 could outperform iPhone 5S
If the 5S model is ready to come out, we can assumed that it will take another year until the release of iPhone 6. According to Internet rumors, iPhone 6 is more expected than 5S, which is only natural considering the difference between iPhone 4s and iPhone 4 (not much). Fans are tired of small upgrades, they want the real deal. This is the a fact that could lead to poor sales for iPhone 5S. 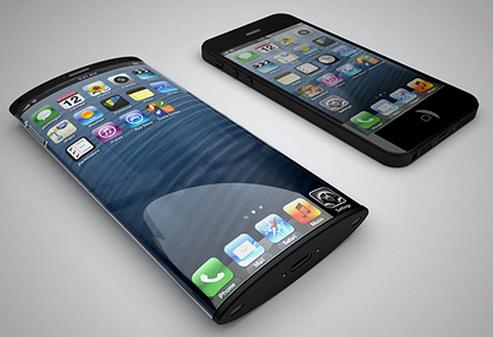 iPhone 6 could have advanced flexible curved screens on both sides
According to a recent rumor, Apple has submitted a patent for an iPhone with flexible display. This could be the big “boom” feature everyone is waiting for. Again, we can observe the lack of “home” button. This is another hint that Apple could let it go in the near future.

Better cameras
Right now, iPhone 5 has a main 8-megapixel camera and a 1.2-megapixel FaceTime HD front camera. iPhone 6 could feature at least 12 megapixels for the main camera, with better quality than ever, maybe some sort of depth-of-field technology (since we all love this effect). Everyone loves to take self photos with the iPhone using the front camera. That’s why I’m expecting that iPhone 6 to feature at least 3-megapixel front camera, so we can all have more image quality in those pictures.

A new iOS
According to rumors, the operating system could be redesigned in order to become more useful. The famous iOS is a big part of the reason why Apple devices are so user-friendly. But this kind of friendliness seems obsolete now, because users are complaining about poor app organizing. I also experience this in my iPhone, because sometimes I just forget to use the apps I’ve installed, because I don’t see them at glance. The rumor is that Apple is working on a redesigned iOS, with a better app organization.

Better battery
iPhones are great, but we as users always complain about the battery efficiency. Apple could fix this in the upcoming iPhone 6. Although I’m used to always have a charging solution around me, it would be nice to have an iPhone with a battery that will last for three days. Is that too much to ask?

If at least some of these features get implemented, we can expect big things from iPhone 6. I love the idea that iPhone 6 has no “home button”, since this makes room for more display (and everyone is going for that these days).

2014 is going to be an important year for Apple, because it will mark their 1st position as a leader in the smartphone market, or it will mark their downfall. If the upcoming iPhone 6 fails to impress the critics, the users, the Internet, Apple will face an almost-impossible comeback from that failure.