As expected, LG G5 and Samsung Galaxy S7 were the stars of MWC 2016. Samsung introduced their new S7 with style, having a VR presentation and Mark Zuckerberg on the stage. LG went for a more discrete event, but even so, their device has some serious specifications. On the other side, iPhone 6S stands tall and it doesn’t brag on its specs but rather on user experience and flawless performances. 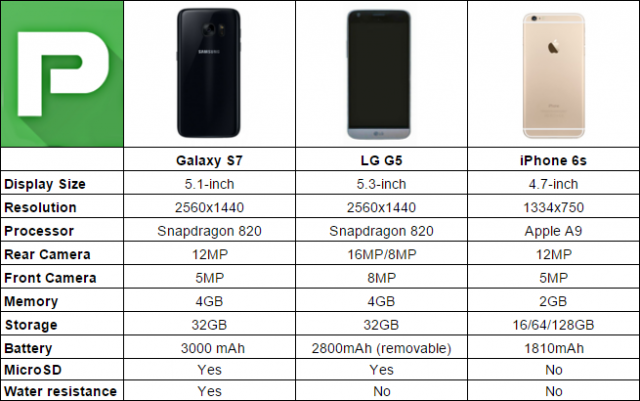 So, what’s new? LG makes the first step towards modular smartphones, allowing the user to access the battery. Samsung Galaxy S7 has a main camera with less megapixels than its predecesor, but I am expecting an improvement in image quality. Judging by the specs, iPhone is not a match for these two Android giants, but any unbiased user knows that iPhone is a device that works smoothly on its specs. Which is your favourite smartphone of 2016?

Sorry. No data so far.