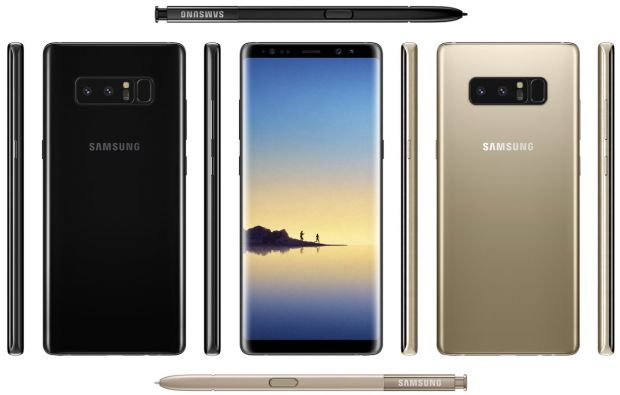 Evan Blas is a journalist that recently published new images with the much-anticipated upcoming flagship from Samsung. New information provided by him surfaces unexpected details on Galaxy Note 8. The next phablet produced by Samsung comes in a great range of colors.

Besides the three colors that were already mentioned (Deep Blue, Midnight Black and Gray Orchid), the smartphone will also be available in a similar shade to the Galaxy S8 Maple Gold. Whatever color you decide to pick for yourself, Note 8 will have black edges on the front, as well as the dual camera module on the back.

This design is also met in the Galaxy S8. The S Pen S looks just like the Galaxy Note 7 device. Note 8 will feature a Snapdragon 835 or Exynos 8895 SoC processor and 6 GB of RAM. The Infinity screen will have 6.3 inches, slightly larger than the Galaxy S8+.

When it rains etc. pic.twitter.com/D0lFR5Wn1B

Evan Blass also published a photo on Twitter that compares the Galaxy S8 with the Note 8.

Galaxy Note 8 will be officially launched on August 23 in New York and it will be available worldwide from September.