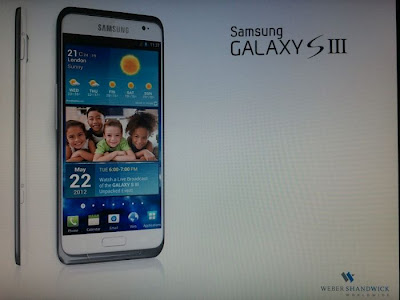 A fresh picture with the long-awaited Samsung Galaxy S III leaked over the internet. Picture illustrates a white smartphone that could have a 4.8-inch display.

Samsung Galaxy S III could be released on May 22, 2012, in a special event organized by Samsung. The launch will take place in London and be broadcast live over the Internet between 6:00 and 7:00 PM.