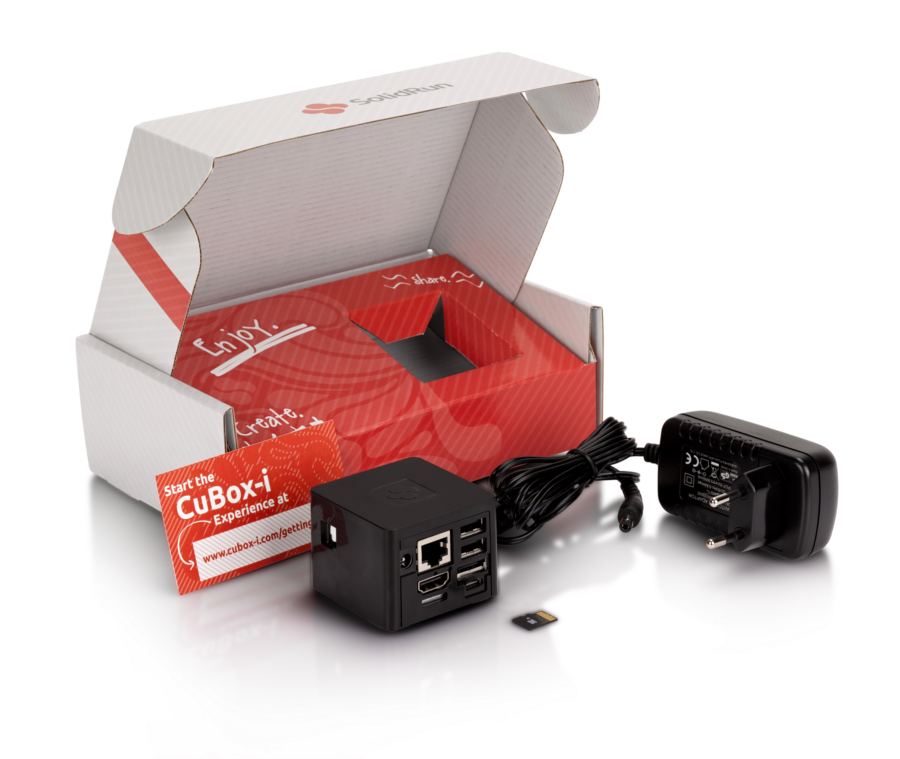 The first time I heard about the company called Solid Run was probably two years ago, when a friend gave me a link to an article on a company that produced the smallest computer in the world. At that time, everyone was talking about the Raspberry Pi project, so I didn’t payed to much attention to that link. This week I’ve just received the Cubox i4Pro from that very company, and I can tell you that this mini-computer should definitely be taken into consideration if you want to buy an affordable solution to smarten-up your HDTV or if you are looking for a discrete and quiet desktop experience. In the past few days, I’ve been testing and using this small device and here are my conclusions. 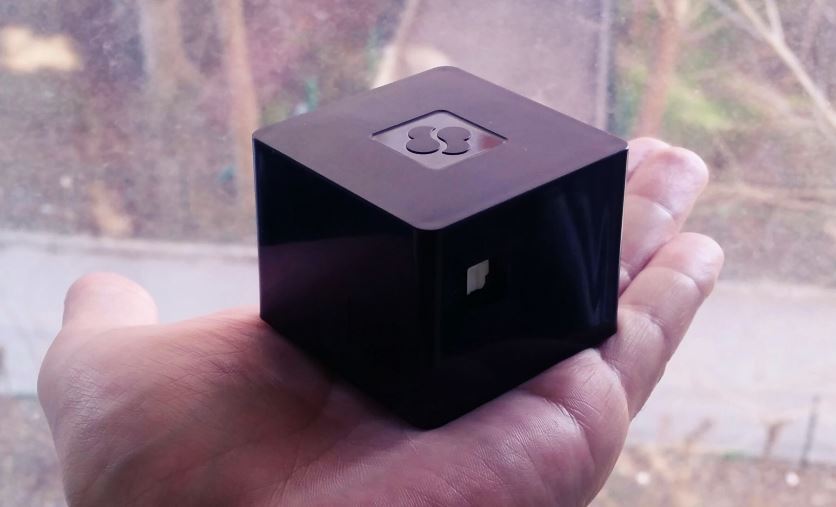 The case
The device was packed in a simple red-white themed box. As you will unbox it, you will probably notice how small the Cubox i4Pro really is. I could share its actual dimensions of 2 × 2 × 2 inches or its weigh of 91 grams (0.2 lb, or 3.2 oz) but you will understand how small this smart-cube is when you will hold it in your palm. I loved the black-plastic design and the fact that most connectors are placed on the back, making it look simple, stylish and somehow futuristic. The package contains the actual device, the microSD card with the pre-installed OS, the power adapter and the manuals. 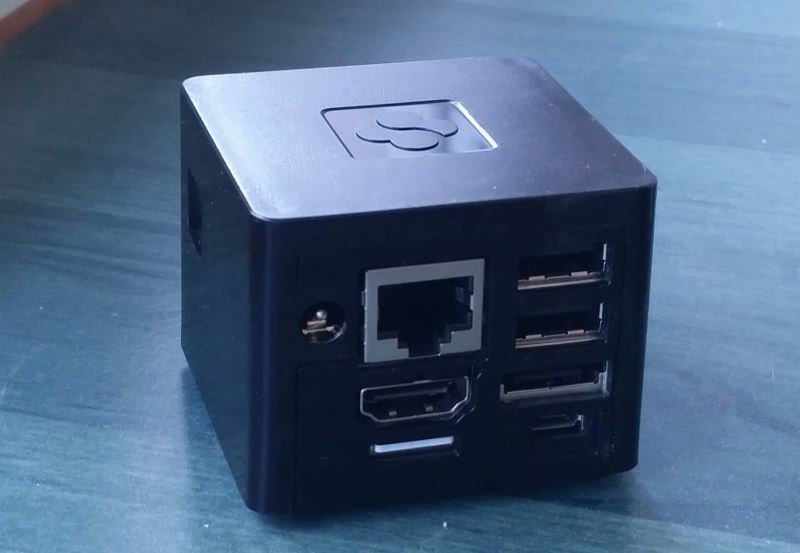 The features
Don’t get confused about Cubox i4Pro’s appearance. Solid Run managed to pack a lot of power under the hood, making this small computer versatile and really flexible, accordingly to every user’s needs. The device is powered by a i.MX6 Quad Core Processor, 2GB of RAM and the GC2000 GPU – with OpenGL ES1.1,2.0 Quad Shader. As expected, there is more: the eSata II 3Gbps, the microSD card slot, the WiFi 11n and BlueTooth connectivity, but also the Ethernet 10/100/1000 Mbps connectivity for higher speeds. If you look at the small cube, you will also spot the RTC with backup battery, the Optical S/PDIF Audio Out port and the discrete InfraRed port for the remote control (which is not included in the package).

The experience
With so many features packed into such a small box, you would expect something to break, right? Well, that’s not the case with Cubox i4Pro, since this device performed great in all my tests. The i4PRO has no internal storage, and the OS needs to be install on an external microSD card. That’s not a bad thing at all, if you consider the fact that you can install independent operating systems on multiple cards. At this point, I should tell you that you can choose which OS to have installed on it when you order it, and my device came with OpenELEC Mediacenter and Kodi, a Linux based environment that was unfamiliar to me until now. First, it seemed like a simple media player, but after using it for few days, customizing it and adding all kind of video add-ons, I could really understand its large scope and why so many people all over the world use it. I can honestly tell you that, with all the programs I’ve added to my Kodi install, this is the most powerful media center I’ve tested so far, hands down. There is plenty of 720p and 1080p video content to watch from the Internet but you can also play videos from the local network. The Cubox hardware backs the software flawlessly, I’ve never had any issues with movie playback, even when I was streaming 1080p – 2 hours movies.

If you decide to get the Cubox i4Pro mainly for watching movies and listening to music, the OpenELEC and Kodi should definitely be your first option when you order this unit. But the fun doesn’t stop here. The Solid Run community is pretty large, and you will also find Android and other Linux distributions (Ubuntu, Fedore, SuSe) that you can install on other microSD cards. I managed to test a recent version of Ubuntu and Android 4.4 and I was really pleased with both results. I’m not sure if it’s the hardware or the stripped-down OS, but both operating systems worked great in my tests, especially Ubuntu. I was blown away by the fact that such a small device could sustain a full version of Ubuntu, an operating system that was initially designed for conventional PCs and laptops.

Conclusions, pros and cons
Today, as I was writing this review, I had a trail of regret for not getting my hands on this device earlier. It would have given me a new perspective on the evolution of technology and it would have probably elevated my home cinema experience. For $139, the Cubox i4Pro is worth every dollar. Considering its size, its features and its customization possibilities, it’s way better than any Android PC you can buy at similar prices. The device comes with an 8 GB Micro SD preloaded with Android 4.4 or an 8 GB Micro SD preloaded with OpenELEC/XBMC, but you can use your own cards to install other operating systems from here and use them according to your needs.

I was able to use my wireless mouse in my tests, but I was able to connect my Bluetooth keyboard only on the Android OS install. The Bluetooth connectivity fail to recognize my Sony bluetooth keyboard under OpenELEC/Kodi or Linux. I read about this issue on Solid Run forums and I found out that there is a fix, but I needed to invest more time in order to apply it so I postponed it. Also, the remote control port works according to the specifications, but if you want to add your own remote you need to have basic Putty/Linux skills. It’s not difficult, but it will take a while. Read here about this topic.

Overall, I truly believe that this piece of hardware is a gem and I will probably use it as my main source of video content from here on. Once I will get my Samsung TV remote to work with Kodi, I will have the most advanced mini-computer / media player / android TV box ready to stream hours of contents, games and apps to any HDTV or display.