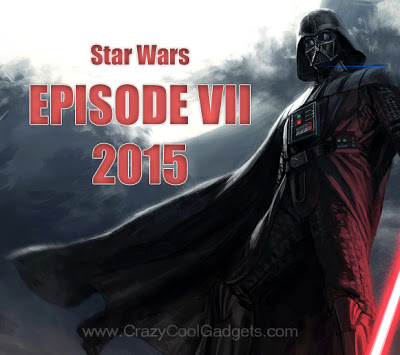 I’m not sure if I should start with the bad news, or the good news. I’m such a big Star Wars fan, and this came as a shock for me: George Lucas has sold the Star Wars movie rights to Disney. So, this is the bad news, right? Here comes the good news:
New Star Wars Episode 7 will be release in 2015
And wait, it gets even better. Disney is going to release more movies from Star Wars Universe, in order to continue the Saga. Star Wars Episode 7 is expected to be released around 2015, and two more episodes are on the way (Episode 8 and Episode 9). Due to the deal, Disney will own the entire Lucasfilm, its tech and portofolio, as well the rights to release Indiana Jones movies. 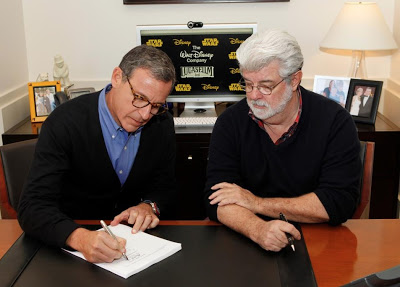 Jay Rasule, Senior EVP and CFO of Walt Disney co-signed the deal that gave George Lucas 4.05 billion dollars (!wow, he’s mega right now, right?!), but it’s probably a good deal considering the huge potential of Star Wars franchise. And for us, the fans, it’s even better: we’ll see more movies from Star Wars Universe.
Lucas said that it’s time to pass the Saga to a fresh generation of directors. Maybe he’s right, because the last 3 Star Wars movies he made (Episode 1, Episode 2 and Episode 3) felt really slow, cheesy and inconsistent. We’ve seen too much digital and too little character development that we were used to in the Episodes 4,5,6.
I still remember watching an old interview with Lucas, where he was saying that he hated corporations, and wanted to control his own movies entirely. Maybe it was too much for him (just a personal thought on the matter)…
Here is a funny review of Star Wars Episode 1: The Phantom Menace:
Spread the love