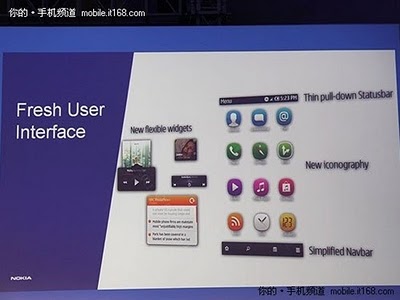 Nokia is going for Windows Phone 7 and that means that their Symbian platform will die slowly in the following years. It seems that they are still going to release updates for it. Marc Driessen, Nokia Benelux product manager, brought up that we can anticipate a few Symbian updates coming in 2011.

There will not be any Symbian^4 descending from Nokia, but we’ll see a few scheduled UI updates moved from the 4th into the 3rd. Concording to Driessen, Nokia is pointing a major UI overhaul in the autumn, an update reported to admit these features:

I really hope they will release some updates for Nokia N8, because my phone is begging for it. High-Def Youtube playback would be great. It’s frustrating that I can only watch youtube videos in 320×240.

Although Nokia HQ didn’t specifically named a date, the autumn timeline does correspond other reports saying that a smaller update for N8 and E7 users could follow  this summer.