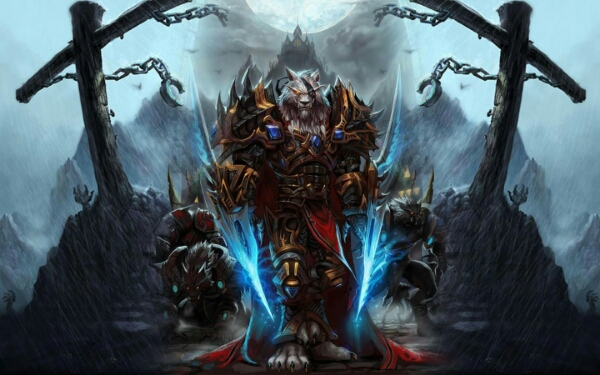 Lets face it, latest games on the market are truly expensive, even for hardcore gamers like me. A gaming PC needs to be improved constantly in order to keep up with the requirements of the new games that are released even as we speak. A console may seem like a cheaper solution, however there are additional subscription costs and fees that will make things really hard to get for a teenager. In these conditions, the available online games have become a serious alternative for many players. There are large companies like Blizzard and Riot Games, but there are also a bunch of smaller producers that are really interested in this market and they have created outstanding products in this regard. Here’s a list with some of the best online games that you should try right now:

League of Legends
Inspired by the DOTA mod of World of Warcraft, League of Legends has become one of the most played titles in the world, with tens of millions of people accessing it every day. The player can compete with the AI or with other people around the world, depending on the preference. The most popular being the kind of game in which the main target is the middle Nexus a base. In order to win, a team must destroy all protective structures encountered along the way.
Learn more about League of Legends by visiting the official website.

World of Warcraft
There are few things to say about World of Warcraft that you have not heard before. The most profitable game in history of gaming, WOW has managed to exceed the threshold of 10 billion dollars back in 2012. That number is still growing, year by year.  World of Warcraft was the fourth game in the Warcraft series, created in 1994. With five expansions packs launched from 2007 onwards, World of Warcraft has 7.1 million subscribers and it is probably the most popular game in the world. More than 100 million accounts have been created since the official release.

Casino Games
If you are not into strategy games but you still want to have some fun into the wildness of the Internet, there are many online casinos that allow you to have some fun while you play virtual slot machines, pokies or other games with other players. If you want to step into the next level, you can even play for real money. Get your luck on and get started! Some of these games can even be played on a smartphone or a laptop, so you can have some fun while you are on the go. Check this site for great online pokies.

World of Tanks
This game was created back in 2010 by folks at Wargaming and it is one of the best online games that you can play online. The players take control of a tank and they have to stay alive in a World War II combat. Besides the remarkable tanks of the Second World War, the game also includes models released during the last 50 years. The game gathers various types of vehicles: light tanks, medium tanks, heavy tanks and tank destroyers, each having unique features and capabilities.

Heroes of the Storm
Heroes of the Storm is one of the most important projects launched by Blizzard and it includes heroes from their most famous titles: StarCraft, Diablo and Warcraft. These heroes are grouped into four different classes. Most maps that are currently available offer three standard lanes and heroes can choose new talents during the fights, when they achieve certain levels of experience.

Eve Online
This game is older than World of Warcraft but, unfortunately, has less subscribers. Although in 2013 it reached 500,000 subcribers, that number declined to 400,000 in 2015. The players can control the shuttles and they can navigate the Universe through star gates in order to battle with other players. If you are not into battles, you can choose other professions and specializations such as mining, trade or exploration. The game’s story is pretty neat, and the action takes place 21,000 years into the future, when humanity colonize the rest of the planets in the Milky Way. Meanwhile, they’ve discovered a star gate that allowed them to travel to a parallel universe, thus creating new colonies.