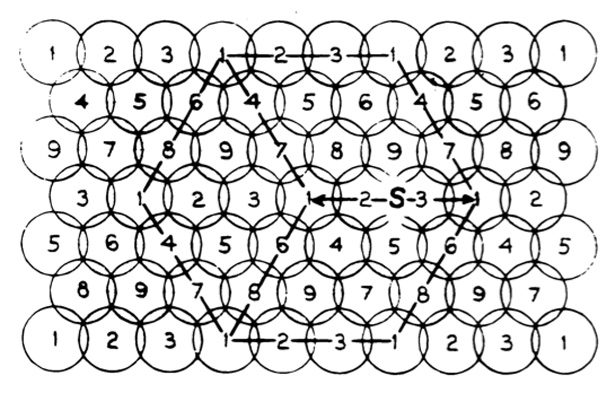 There was a time when humanity thought that the only way to communicate at long distance was through a pair of wires. Since people of those time knew no other means of communication, they had nothing to complain about. They were extremely pleased with their two-wire based communication system. But technology and society evolved, everything moved faster, and the classic landline was just not good. So, it was time for a change! Except the wheel, there is no technological invention in our human history that’s more universal. It is estimated that by 2020, 90% of world’s population will have a cellular phone. Let’s see how a far-fetched concept became an important part of our life.

This may come as a shock for some of you, but the evolution of cellular phones starts back in December 1947, when two Bell Labs engineers, Douglas H. Ring and W. Rae Young, discovered hexagonal cells for mobile phones. First, they never thought this could be applied to cell phones found in our pockets, but rather as a way to implement phones in vehicles.

“In this memorandum it is postulated that an adequate mobile radio system should provide service to any equipped vehicle at any point in the whole country,” Ring wrote. “Some of the features resulting from this conception of the problem are discussed along with reference to a rather obvious plan for providing such service. The plan which is outlined briefly is not proposed as the best solution resulting from exhaustive study, but rather is presented as a point of departure for discussion and comparison of alternative suggestions which may be made.” As simple and rudimentary as it may look, the concept that’s the foundation for our beloved smartphone was first introduced through an internal memorandum. Not even a scientific paper.

Since that memorandum, it took some time for the first cellular network to be built. The early cellular networks did not have the ability to maintain the call if one of the users was moving from one cell tower coverage area to another. This mean that if a person wanted to make a call, they should have remained in the same area or the call would have been interrupted.

1973: Martin Cooper, the inventor of the first cell phone

Before 1973, all the mobile cellular networks were limited to phones installed in cars and moving vehicles like trains. The first handled mobile phone in the world was produced by Motorola, and the first call with that phone was made in April 3, 1973, by Martin Cooper, a Motorola researcher and executive. That devices had an autonomy of 30 minutes, and a 10 hours recharge time. It weighted 1.1 kilograms (2.4 lb) and measured 23 by 13 by 4.5 centimetres (9.1 by 5.1 by 1.8 in). 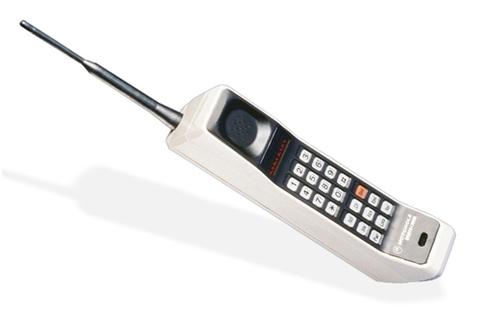 The evolution of cell phones does not stop here. It was time for a change (again!) The first commercial mobile phone was Motorola DynaTAC 8000X and it was introduced on March 13, 1984. But the world truly learned about it through 1987 movie Wall Street starring Michael Douglas. In order to get their hands on this mobile phone, the customers had to pay $4000 for it.

Although the smartphone concept was not used at the time, most consider IBM’s Simon Personal Communicator to be the first smartphone ever. It was first introduced on November 23rd of 1992 and it featured a 4.5-inch B&W 160×293 LCD display, 1MB of RAM, 1 or 1.8MB memory card support, and a nickel-cadmium battery. The device was released on the market two years later, in 1994 and it managed to sell 50,000 units. It cost $899 for a two year contract.

Another important landmark in the history of cell phones is the release of the first iPhone, back in June 2007. Many will argue that June 29, 2007 was the day when Apple reinvented the classic cell phone. It had 16GB of storage, which meant a lot at that time. It also featured a 2 MP main camera and 128 MB of RAM. Around 300,000 copies were sold just in the first weekend. I still remember the day the first iPhone was launched. I was having a Nokia N73 at the time and I thought that a smartphone with a touchscreen is not practical and I would never buy one. Two years later I bought my first iPhone.

Ever since, the industry followed the trend and became obsessed with improving their devices. New brands, old brands are fighting in a competition that’s all about the customer and his needs. These all-in-one devices will pack better features each year and people love to pay for these new features. Augmented reality, DSLR like photo capabilities, fingerprint or retina scanners, monitor mirroring are just few things that were introduced in the past 2 years. Nowadays, the smartphone is more than a mean of communication, it is an ecosystem, it’s an extension of ourselves.

The evolution of cell phones is far from over. Right now, they are an important part of our daily life, but we’ll probably get to a point where they will replace our personal computers, laptops and our gaming consoles. We’ve come a long way – but we’ve still got a long way to go! Since this article was was written in 2012 and it was updated in 2018, I have to post the original image that sparked the idea for the title.

Here is the evolution of cell phones, in one image, from the beginning up to 2012!: