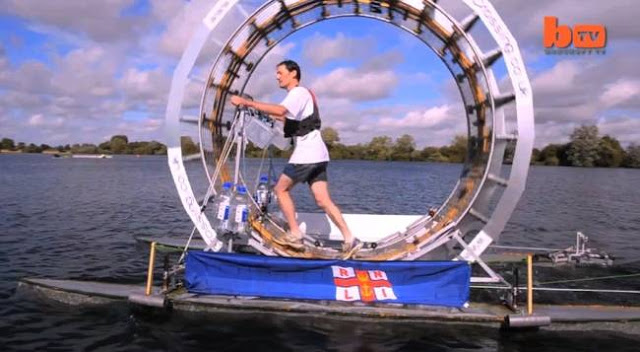 I know humans are full of creativity, but I never thought folks will adapt the hamster wheel to humans in order to cross the water from a place to another. This guy is called Chriss Todd and he’s trying to gather funds for Wiltshire Blind Association and the Royal National Lifeboat Institution. He was trying to cross the Irish Sea in this assembly called “Trelado“, a human hamster wheel raft designed and build by himself. Too bad he was not able to finish the crossover due to the waves he encountered on the way. The goal was to raise £20, 000.