In July 2012, Firefox just crossed the 3 billion downloads for Firefox Add-ons. Considering that the whole world is about 7 billion people, I think that Mozilla is doing pretty well these days. The Firefox Add-ons Gallery started back in 2004 and was brought to smartphones in 2009. These Add-ons allows the user to customize the way we browse the Internet, they are all about functionality and features. I love Firefox Add-ons because they allow me create my own customized version of Firefox that fits my work related needs. Although Chrome is coming really strong these days, I still prefer Mozilla because they kept their integrity over the years. 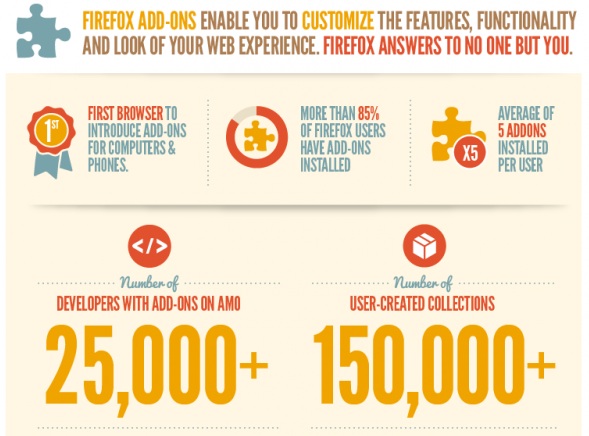 According to Mozilla Blog, 85% of Firefox users have at least one add-on installed, and the average add-ons installed on all computers is 5.

According to Mozilla, these are the most popular Firefox Addons: