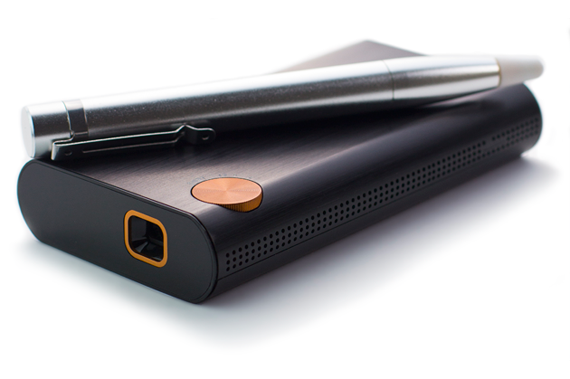 This pocket PC comes directly from the crowdfunding platform indiegogo.com. As the title suggests, TouchPico is a project that will turn any flat surface into a tactile surface, but more than that, it is a small PC that works by itself! TouchPico can pair with your Android device, as it and act as a projector with interesting features: Wifi / Wi-Fi Direct, HDMI, a resolution of 854 × 480 pixels, microSD slot, autonomy of only 45 min and a brightness of 80 lumens. The miniature projector can also work by itself, since it uses an Android 4.4. Its main functions can be accessed using an infrared pen which allows to have the touch interaction!

Having far exceeded its original goal set at $55,000, the company should start producing the TouchPico, and it should be available later this year for the price of $499.