If you are looking for an Android TV box and a gaming console combined into one, than Nvidia came up with a solution that may fit your needs. Their device, called Nvidia Shield powered by Android TV is a versatile solution that crushes its direct competitors. It may be the most powerful set-up box you can find on the market these days, that’s because Nvidia designed this device with gaming in mind. You can see that just by looking at it: it resembles a gaming console. This TV Box is smaller than your conventional gaming console though, but has just enough features to make you look deeper into it. 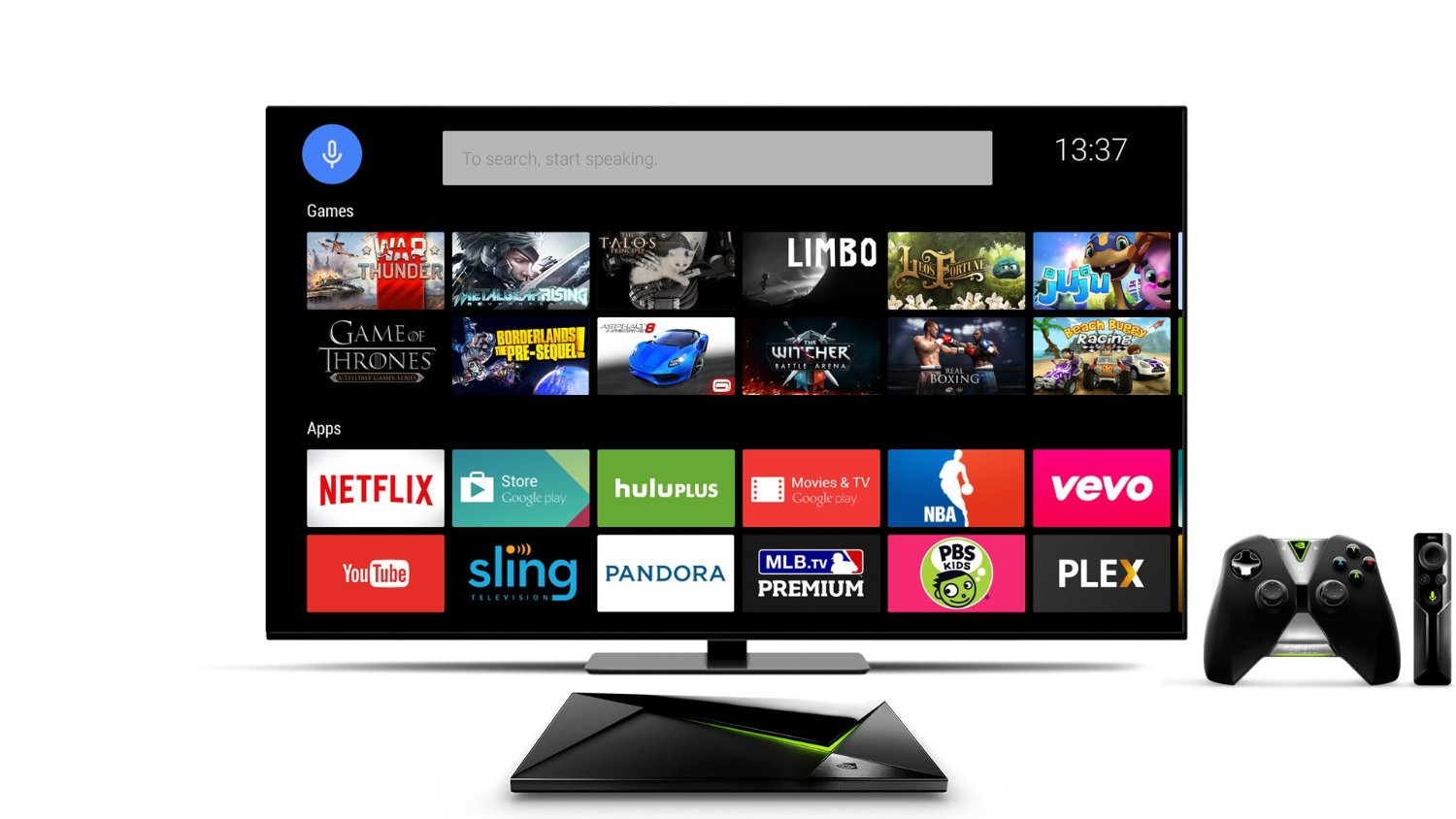 The design is pretty awesome, and if I’m not mistaken, it looks like my old PS2 slim. You should not have any type of problems finding a place for it under your TV, and the green light looks pretty neat. 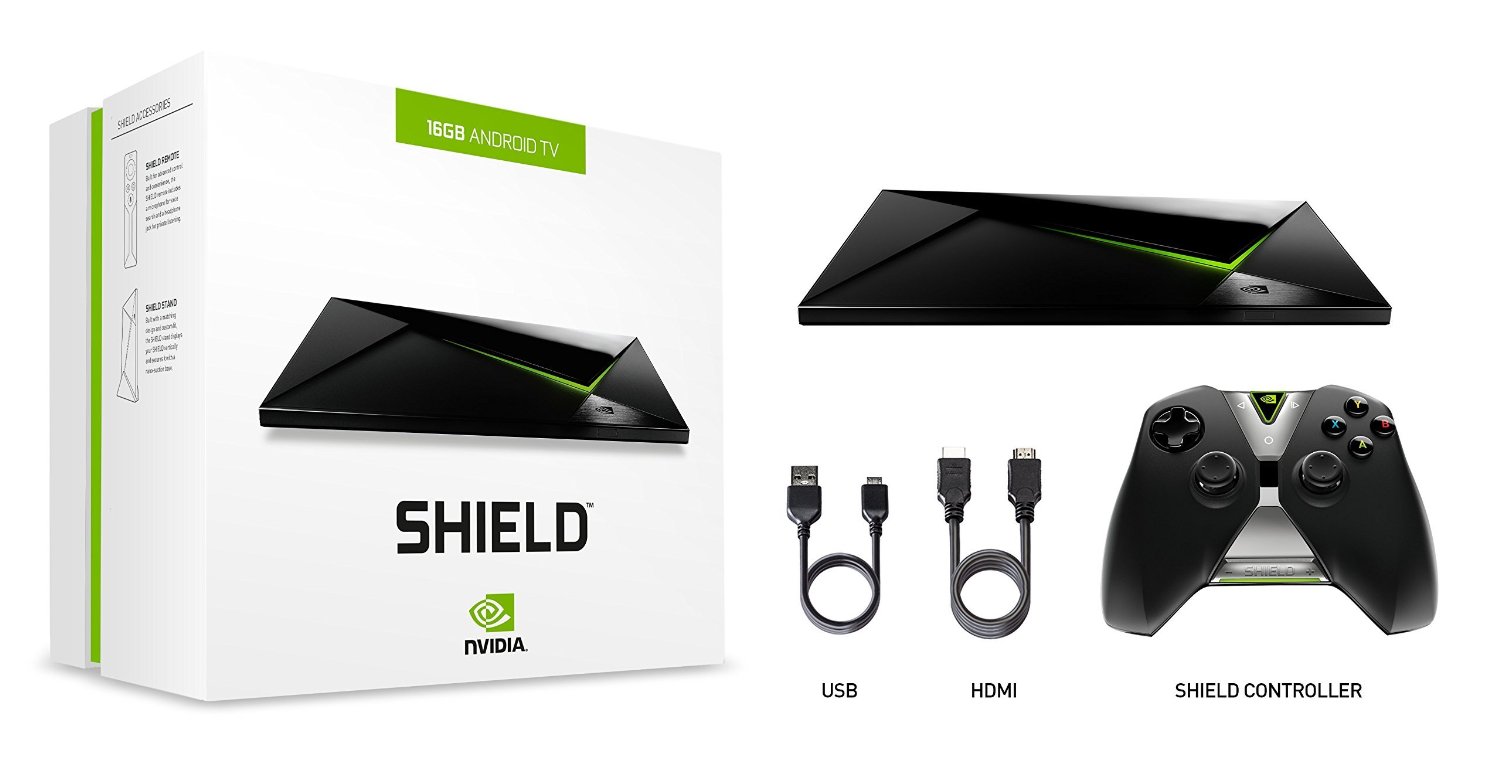 Under the hood we find the Quad-core 64-bit Tegra X1 processor, 3GB of RAM, 16GB of internal storage, 1Gbps Ethernet performance, 802.11ac WiFi. Compared to other TV boxes out there, this device promises a lot. I can’t wait to get my hands on it and compare it with my CuBox i4Pro AndroidTV.

All the I/O are found on the back: there are two USB 3.0 ports, a micro-USB port, Ethernet port, microSD card for additional storage and HDMI 2.0 port for 4K video playback. A single game controller is also included in the package, allowing you to play games, control media players and navigate through the interface. The second accessory is a standard cool remote that allows you to navigate the menu and to send voice commands to this Android TV Box. It also features a 3.5mm headset jack for private listening. 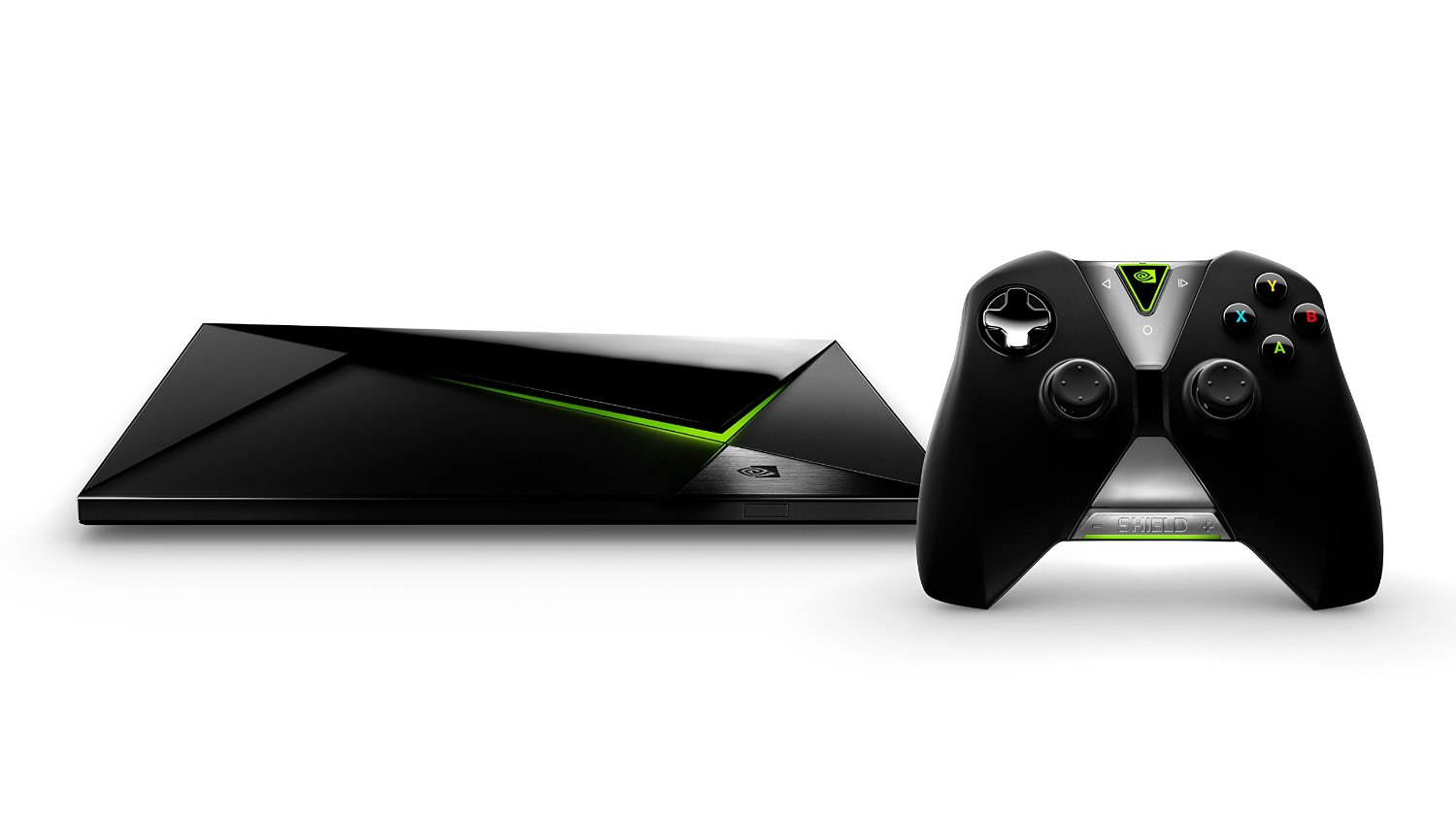 Nvidia Shield powered by Android TV Box is priced at $199 on Amazon, and the PRO version costs $299.