Scrabble game was invented during the Great Depression, around 1930. Then, Alfred M. Butts had no job, so he dedicated his time inventing things. Amongst many inventions, he thought it would be interesting to create a game of words using just letter tiles. First, the game was called Lexico, later it was called Criss Cross Words. In 1948, Butts partnered with an entrepreneur, James Brunot, and they re-branded the game, giving it a new name: Scrabble®. Ever since, the game became really popular and 100 million Scrabble games have been bought worldwide.

The Scrabble® game presented in these pictures is a vintage edition that brings back the flavor of the original Scrabble board. Just as you expect, everything is crafted of solid hardwood, the racks are made of metal, there is a clepsydra (water clock) timer with a metal case and a stylish storage drawer. 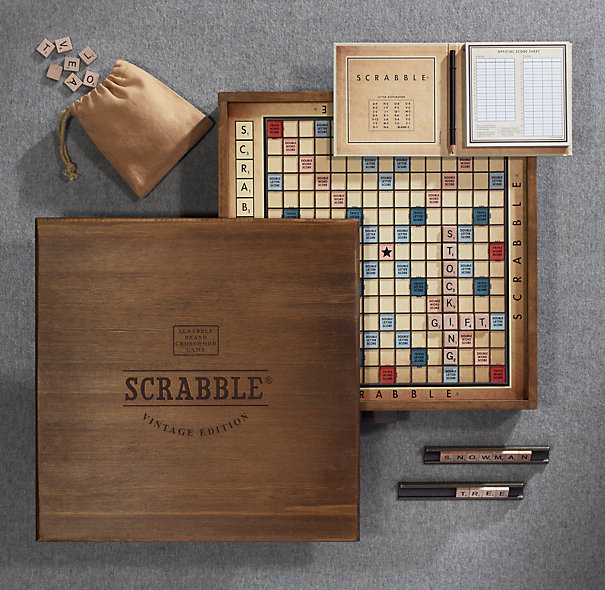