Five years ago, I bought a second-hand car and I have been driving ever since. It had the original Radio CD which, besides not reading MP3s, also had a CD stuck in it, forcing me to listen only to the radio. I chose to buy an FM modulator to put my favorite music on the stick and listen to it. But I knew I had to do something about this. A few months later, I switched the original CD radio to a JVC. Things were ok from there, but I felt that my system was still a bit retro for our time. Last year, I saw an Android navigation on a friend’s car and I decided to buy one for myself.

Advantages of adding Android navigation on your car

Now, here are some advantages of replacing the old music player or navigation with an Android navigation. You can use Youtube or any other music app to play songs directly from the Internet. Of course, you can insert an USB stick or use the internal memory to play Mp3 files. Since it is powered by Android, the possibilities are endless. You can use Google Maps to find your way on the road, or you can install a cool app like Waze and get live info on the traffic. You will be able to control the device using the buttons on the steering wheel. Also, you can connect a Bluetooth device like a smartphone and use the handsfree function when you talk on the phone. Depending on the Android navigation you get, you can get a Screen Mirorring function. There is a possibility to add a rear camera that it seemingly integrated with the Android navigation and will help you park like an expert. Of course, depending on the navigation, you will be able to monitor various engine parameters OBD (On-Board Diagnostics). Some of these devices allow you to add cellular network SIM card and connect to the Internet directly. If you don’t want to pay for an extra SIM card, you can create a Hotspot with your device and you are good to go.

The price of an Android navigation

These Android car navigation devices are not cheap, and you may end up paying up to $400 for one, depending on the model. You may want to check for a deal on Amazon. Some of these devices are custom made for your car model and they will replace your current player. Others like 7″ KKmoon Android GPS act as an addition to your current media player.

In terms of connectivity, the device comes with a Wi-Fi function, the possibility of connecting a dedicated 3G / 4G modem, Bluetooth. In the box you will usually find power cable, radio antenna, GPS antenna, external microphone connector, 2-port USB cable. 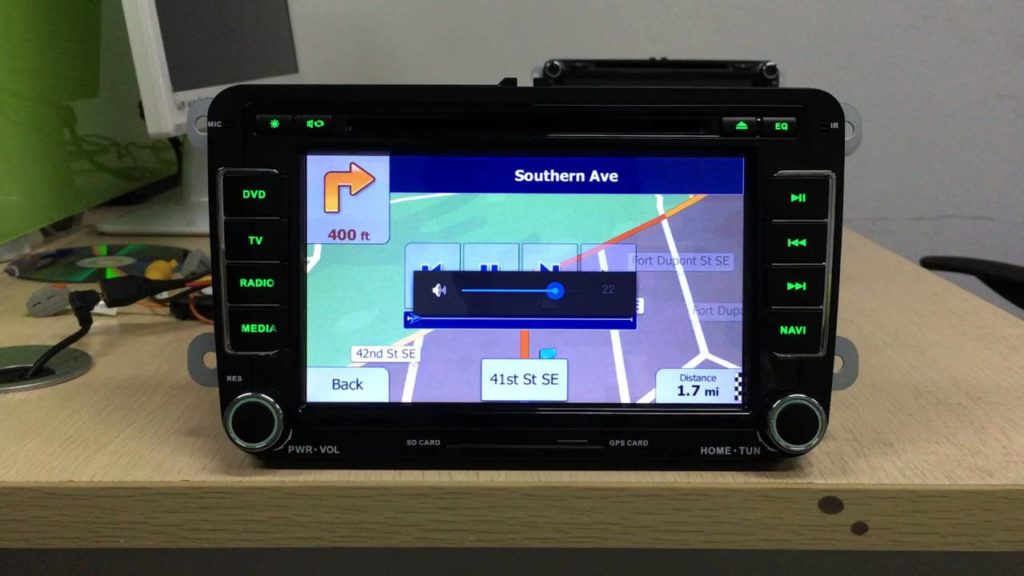 Cool apps that you can install on your Android car navigation

Not everything is perfect

If you read through user reviews, you will learn that not everything is perfect. There are times (rarely) when the back camera will freeze, or times when you will have to restart the Android car navigation. But this happens to all Android devices, especially when you run multiple apps at once. In general, this type of navigation will be a great addition to your car!!!